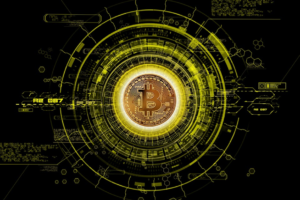 iSectors: Bitcoin Is the Best Thing That Could Happen to Clean Energy

(Vern Sumnicht) Implying that Bitcoin is an existential menace that jeopardizes human existence because of its “carbon footprint” is hyperbole. Imagining that fiat currencies (dollars) are somehow environmentally friendly is naive. Consider the energy used to create the steal, bricks, glass, etc. needed to create a bank building, not to mention, the energy to keep tens of thousands of them running day-to-day. Envision the processing power consumed to transact deposits, withdrawals, purchases, statements, wire transfers, credit card transactions, storing data, backups, etc. The point is dollars aren’t green. 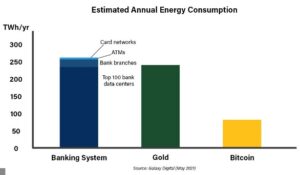 The hubris of those with a vested interest in fiat currencies leaves them blind to opportunities Bitcoin generates for reducing our dependency on fossil fuels. Some political and media “pundits” awkwardly express unwarranted adverse opinions on Bitcoin miners’ energy consumption, yet they apparently don’t fathom the purpose of mining Bitcoin or how Bitcoin mining can expediate the transition to green renewable energy. Bitcoin miners are not facilitating transactions. They are employing electrical energy to securitize the integrity of digital property. Remuneration for this “proof-of-work” includes fees and Bitcoin itself. Bitcoin miners provide a market for unsold excess energy Bitcoin mining requires low-cost electricity to be profitable. To achieve electrical rate advantages Bitcoin has an ace-in-the-hole: flexibility.  Serious Bitcoin miners are running hundreds or even thousands of mining computers. These mining machines can be turned on or off, conferring energy elasticity upon Bitcoin miners. Comprehending the value of Bitcoin’s mining plasticity, demands an evaluation of electric utilities and their mandates to facilitate the electricity requirements in their service area even in periods of peak demand. Utilities have a herculean task, managing costs and being able to maintain service across cycles of peak demand. The difficulty derives from a utility’s incapacity to ratchet the production of electricity up or down as demand fluctuates. Nuclear-powered electric utilities are virtually impossible to modify as demand for electricity increases or decreases. Gas and oil powered utilities can’t simply be turned up at times of peak demand.  Coal-fired electric utilities are presumed to be the easiest to scale up or down; unfortunately, they are socially and politically anathema at this time. Consequently, when electrical power plants are constructed, they are designed to produce electricity at levels of peak demand. The conundrum: electric utilities are producing electricity to cover peak demand; however, regrettably most of the time, they aren’t selling all the electricity they are obliged to create. This is where Bitcoin miners and electric utilities can be mutually beneficial to each other. For example, Bitcoin miners purchase negotiated contracts for electricity ($5 per kilowatt hour) versus consuming at retail rates ($18 pkwh) in exchange for assurances that the miners will scale down their requirement throughout periods of peak demand in the electric utility’s service area. These contractual arrangements ameliorate requisite burning of fossil fuels by exploiting superfluous electricity. Supplemental revenues extracted from contracts with Bitcoin miners reduce the cost of electricity for other consumers. This is just one example of how Bitcoin miners use electricity that is already produced but doesn’t have demand. Bitcoin miners also collaborate with oil drillers to extract value from wasted “flair gas” by consuming it to produce electricity. These examples are tantamount to Bitcoin miners taking existing surplus energy and selling it to the rest of the world. Bitcoin mining can expediate the transition to green renewable energy. Presently most electricity is generated as a result of nuclear or incinerating oil, natural gas, and coal. Certainly, the aspiration is solar, wind or similar “clean renewable” electricity. Regrettably, these energy sources are not financially scalable, at this time, to satisfy the mounting demand for electricity in cars, planes, drone, trains, air conditioning, heat, smart phones, computers, data centers, televisions, manufacturing, electronic appliances, internet-of-things, in medicine, etc., etc. Geothermal and Hydropower are presently technologically viable, financially feasible, and scalable sources of “clean” electric power that Bitcoin miners are contributing to expanding. For example, because of Bitcoin miners, Iceland has been able to take greater advantage of their geothermal resources to deliver clean renewable electric power. El Salvador (where Bitcoin is legal tender) is in the process of tapping into the geothermal potential of volcanic activity in the country to generate abundant clean renewable energy for the region because of Bitcoin. Bitcoin miners have recently refurbished an old aluminum smelting facility along the St. Lawrence Seaway, they are currently using the hydroelectric power that was formally used to smelt the aluminum, before the smelting plant was closed and the production was moved to China. Mining Bitcoin also brought new careers back to this small community of 12,000 people. There is massive untapped, clean, green, renewable geothermal and hydroelectric capacity throughout the world. In the U.S. alone, only 2,500 of 90,000 dams are generating electricity.

Bitcoin mining can expedite the construction of hydroelectric power plants. Bitcoin mining’s flexibility extends to the capability of establishing facilities anywhere with internet access and with the availability of satellite internet, possibilities are limitless. Electric utilities, that need additional capacity or those wanting to develop/transition to clean renewable hydroelectric power, can develop long-term contracts with bitcoin miners that would allow them to issue bonds and/or equity to fund the hydroelectric generators necessary to get some of America’s other dams producing hydroelectricity.

Summary Bitcoin is green. If you are exploring opportunities to expose your investors to Bitcoin and exchange-traded funds (ETFs) that hold companies integrating blockchain technology into their businesses, iSectors® CryptoBlock® Allocation models seek to give investors access to Bitcoin and blockchain technology by investing in liquid vehicles that can be held in a brokerage account. For more information on the iSectors® CryptoBlock® Allocation models, please visit our website or contact Scott Jones, Director of Business Development at 800-869-5184 or by email at [email protected].